skip to main | skip to sidebar

Jilly, I love you

So Jilly and I both agree that Valentine's Day is not really meant for us. We do romantic things for each other all the time, so we dont need a day to determine how much we love each other. I did end up buying two valentine's day cards for her and gave her both before the 14th. One i couldnt resist cos it was a lady lovin one.

Anyway, i just wanted to let her know that she is the most perfect, special thing in my life. Going to sleep and waking up next to her makes me so tremendously happy and she is one huge part of me...i feel empty and lost without her.

To Jilly, I adore every inch of you, your beautiful body and brilliant mind, your caring and loving nature and the fact that you return my love.

I love you my angel
xxxxx
Posted by EmmaJilly at 13:52 1 comment:

Happy New Year to everyone. We've just had a tonne more snow fall today so it doesnt feel quite back to normal yet.

We went up to Edinburgh on the 29th and stayed in my dad's flat. It's in a really good position for exploring. Jilly's brother and his wife live about half an hour away from the city so we visited them a few times.

On New Year's Eve we went out for a nice meal at an Italian and then went to the street party at Edinburgh Hogmanay. It was pretty cold but we wrapped up warm and had a drink. My verdict on the party was it was a bit more like loads of (mostly young) people wandering around, drunk, bumping into each other. And the worst bit was when a man urinated into a bottle right next to us. The fireworks were fantastic as you can see in the pics, but i wouldnt go again!

On New Years Day we went and prepared a meal at Jilly's brother's house and spent the day with his kids, which made me feel incredibly broody...i'm so bad!

On the job side, i start on monday 11th, which is scary and i'm feeling quite anxious about it as i've become used to being a housewife now. Will post how it goes next week. 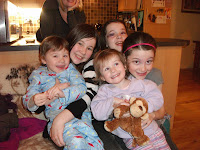 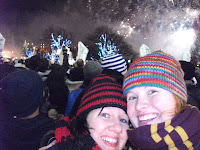 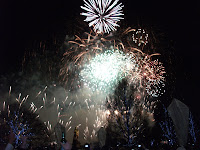 Posted by EmmaJilly at 10:35 No comments:

Time to say I Do!

So Jilly and I are thinking of tying the knot at some point during the next two years, but arent really sure what we want to do. We definitely dont want a huge do, but it has to be special, as Jilly's last wedding was a complete nightmare (it was fate!), and i am only planning on marrying once. So we thought of doing it abroad, just with us and the kids and maybe Jilly's parents.

I just wanted to hear about you guys experience. Where you got married/civil partnered and any tips you have for us.

This will be my last post before christmas so i will leave you with best wishes and a happy christmas x
Posted by EmmaJilly at 07:07 2 comments:

Wordless Wednesday- The girls goofing around 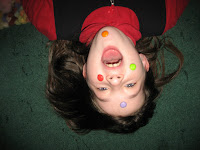 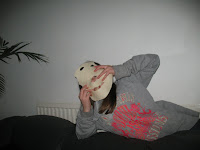 Posted by EmmaJilly at 11:42 No comments: 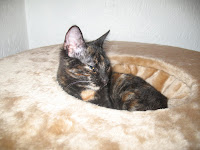 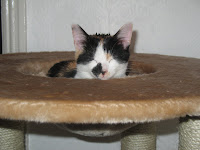 So firstly i'll apologise for not posting in such a long time. I have thought about posting several times but never seem to have had the time or the enthusiasm to post. But a certain someone (you know who you are) has requested that i post so i will.

Its been a busy month and a half in our house. I had another interview in November and was offered the post, so am just waiting for my criminal record check to come back. Jilly and I graduated on the 13th to which Jilly's parents and grandparents attended and my dad came down from Scotland. It was the first time the parents had met some it was a bit intense but all went well and we had a nice meal afterwards.

On the allotment front, we havent done very much, but we have still got some sprouts growing that i will cook Nigella Lawson stylie for christmas dinner. We lost another of our ex battery's to the great coop in the sky. We saw it coming cos she was so weak, but it was still upsetting...the inevitable problem with having animals i guess. So to make up the numbers, particularly as we had just bought a nice new coop for the ladies for winter, we went and bought a couple of hens at point of lay from the local farm. They are quite timid but it is wonderful to have chickens that lay again. 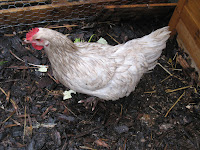 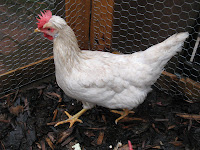 We have been getting small pale eggs (as they lay small ones at first) so we assumed both of them were laying, however i have just found a dark brown one so i dont know if one has just started. Not sure of their breed as apparantely local school kids hatched them and then sent them to the farm. If anyone wants to hazard a guess, go ahead! 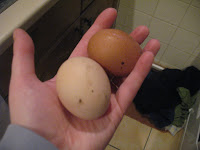 Anyway am preparing for christmas now and have actually bought quite a lot of presents so i'm happy about that. Hope everyone is well and enjoying the festive season.
Posted by EmmaJilly at 08:23 1 comment:

Well we started the weekend by going to an Indigo Girls gig. It was the first time we'd seen them and they were fantastic. We then went up to Robin Hood's Bay in North Yorkshire and a little 1 bed cottage that Jilly had booked for our anniversary. It was lovely and cosy with a log burning fire and a beautiful kitchen. On saturday we took the dogs on the beach and they loved it, playing with every dog in sight. We enjoyed the walk and the fresh sea air. Saturday night we went and had a candlelit dinner at a little restaurant in the village and had lots of yummy seafood. We then snuggled in the cottage in the evening. 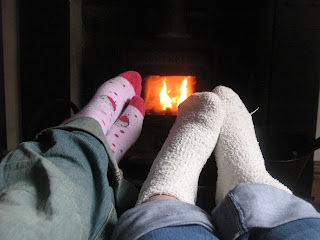 On sunday Jilly's parents brought the kids up and we had fish and chips before spending ages on the beach with the dogs and flying a kite. It was really fun. We set off to come home as it was getting dark and i really didnt want to come home. It was such a perfect weekend and i didnt want it to end. 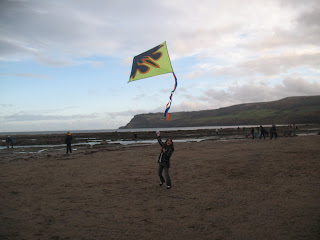 Thank you for arranging it Jilly and happy 2nd anniversary. I'll love and adore you forever xxxx
Posted by EmmaJilly at 07:56 4 comments:

EmmaJilly
My partner Jilly and I are just starting our journey to conceive a baby. We are both professionals in the British National Health Service and live with Jilly's three children from a previous marriage.